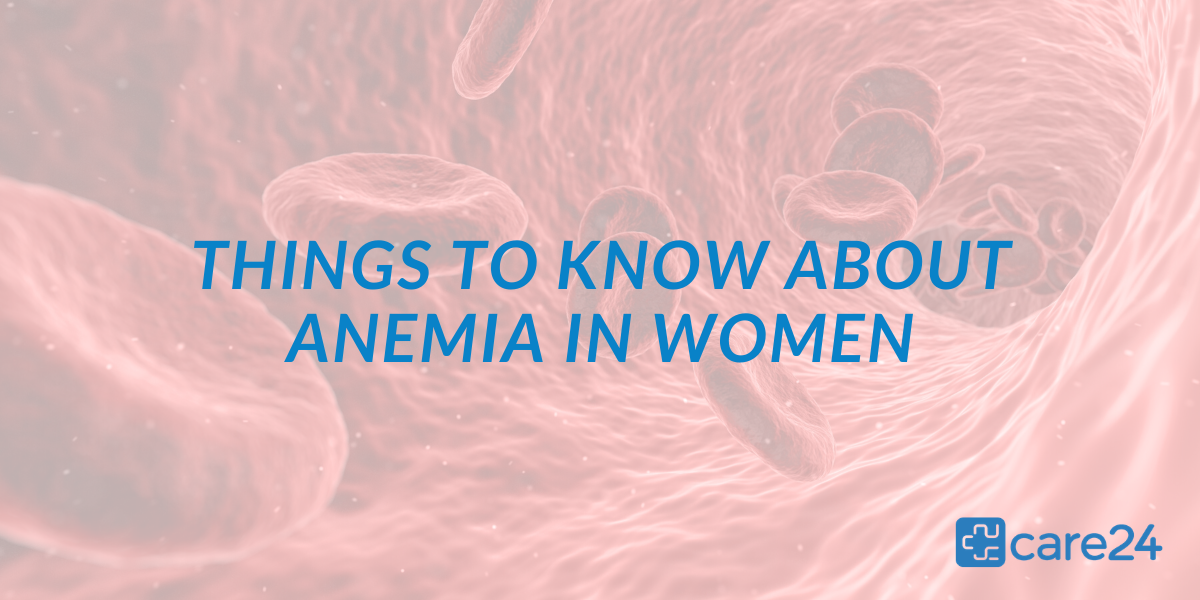 Things To Know About Signs & Symptoms of Anemia In Women

Anemia occurs when there is a reduced number of flowing red blood cells in the body. It is the most common blood disease in the general population.

Signs can include headaches, chest pains, and pale skin.

It is the result of other conditions interfering with the body’s ability to produce healthy RBC’s or it’s number increases abnormally due to the RBC’s breakdown or loss.

There are many potential symptoms of anemia in women.

The most obvious symptom of all types of Anemia is a feeling of fatigue and a lack of energy.

Other common symptoms may include:

Hence, consultation of the doctor is highly recommended if you come across these symptoms of anemia in women

There is no single cause of Anemia, the following are the reasons.

Below are the common causes of the main types of Anemia:

Several diseases can change the bone marrow, including leukemia, where too many irregular white blood cells are created. This disrupts the average production of red blood cells.

Other anemias caused by reduced or damaged RBCs include:

Immoderate hemolysis (red blood cell breakdown) can occur for many reasons, including:

So after discovering the Signs & Symptoms of Anemia In Women. There are various treatments for Anemia. The main aim here is to increase the count of red blood cells. This automatically increases the amount of oxygen in the blood. Also, the treatment depends upon the severity and condition of anemia.