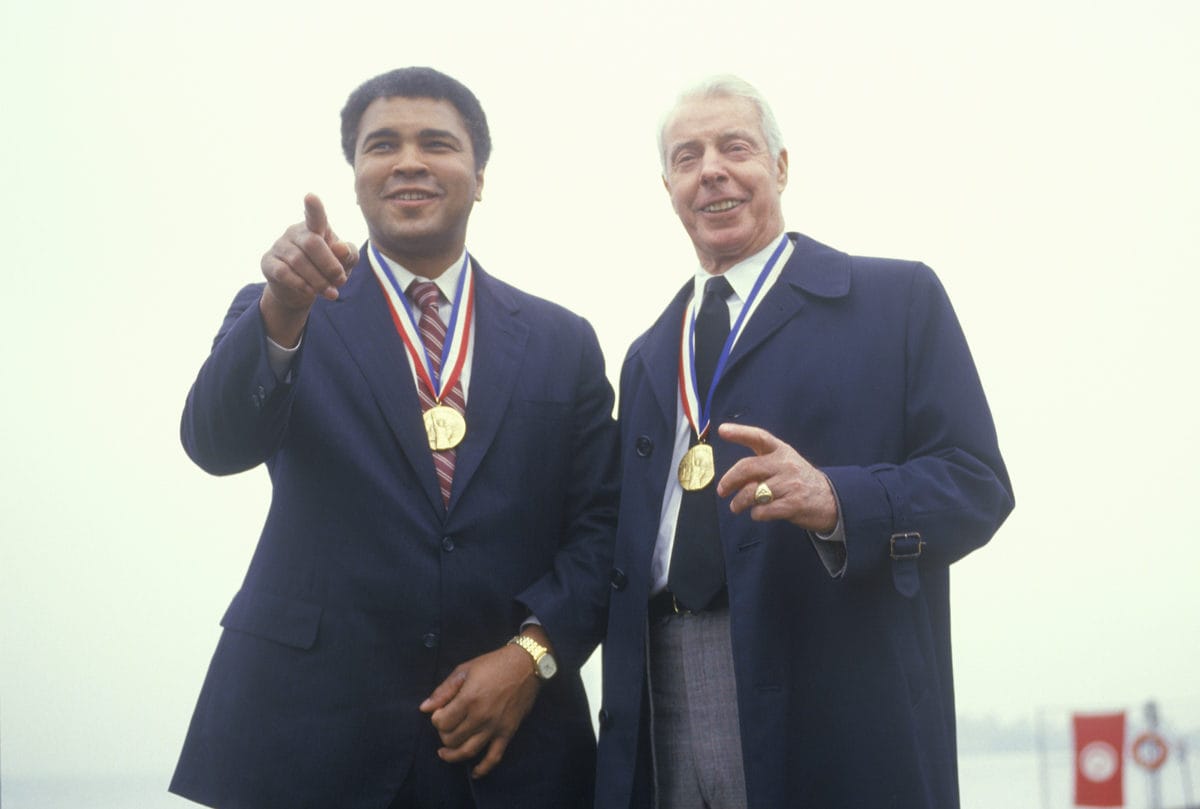 While the world remembers the greatest boxing legend Muhammad Ali because of his fights, there is one more personal battle that the boxing champion fought, and won. Muhammad Ali was diagnosed with Parkinson’s in the year 1984, and even though the average age of a Parkinson’s patient is 60, he lived on till the age of 74.

One of the first signs of his condition came up in the year 1980 when Ali reportedly started feeling a tingling sensation in his hands and his speech also started getting slurry. Upon diagnosis, it was found that Ali had a small hole in the outer layer of his brain. By the year 1984, he was diagnosed with Parkinson’s. Over the years, the condition slowly made it difficult for the legend to perform different motor skills, and he also gradually lost his ability to speak.

However, he continued to remain active and stay social, meeting people and communicating with them through his eyes and through his expressions, as best as he could manage.

While many initially assumed that it was due to the large number of punches he had received through his boxing career, doctors said that the disease was due to a genetic condition that Ali was suffering from.

According to Dr Beckie Port, senior research communications officer at Parkinson’s UK, even though severe and repeated injuries to the head can increase a person’s risk of developing Parkinson’s. The risk even though it will comparatively be higher, will still be very low.

In the year 1996, speaking about the legend’s fight with Parkinson’s disease, Muhammad Ali’s physician, Dr. Dennis Cope, said that even though Ali was suffering from the condition, his cognitive abilities, the ability to think properly, as well as the ability to understand things happening around him and analyse various situations had not really deteriorated. He went on to say that Ali’s brain was still fine, even though there were symptoms of the condition.

While he continued to battle it out with Parkinson’s, symptoms such as developing a tremor and speech problems did take a toll on his health. However, he was never depressed about his condition and decided to take it full on, maintaining a healthy lifestyle that would let him live way past the age that is generally associated with a Parkinson’s patient. During the end of the disease, Ali was hospitalised for respiratory problems, a condition that got complicated due to the advanced stages of Parkinson’s.

Parkinson’s disease is a type of progressive disorder that affects the central nervous system. As a result, it affects the person’s ability to move and often causes tremors. Since it is a progressive disease, it gets worse over time, but the stage from initial to worse often happens slowly and takes many years.

Parkinson’s disease leads to a gradual and long-term degeneration of the central nervous system that can cause problems in the motor system and affect movement. The nerve cells in the brain produce a very important chemical known as dopamine, which sends signals to various parts of the brain that help to control movement. It also helps in smooth functioning of the muscles. When these nerve cells are affected, they are unable to produce dopamine. As a result, the brain does not receive the appropriate signals and hence there are problems with movement. While some people perceive Parkinsonism and Parkinson disease as the same, Parkinsonism is a generic term that refers to a group of neurological disorders which causes movements like tremors, slow movement and stiffness, similar to that of the Parkinson’s disease.

What are the symptoms?

Most symptoms of Parkinson’s often get misdiagnosed as some other health condition, but a combination of the following symptoms may alert you to the early onset of Parkinson’s.

Some other symptoms once the disease has set in and reaches towards the later stages are a blank expression, problems with speaking and communication, becoming forgetful and so on.

What are the causes?

There are no immediate causes known that can trigger Parkinson’s disease. In some cases, abnormalities in the genes could cause Parkinson’s, but there is not enough medical proof for the same.

Can Parkinson’s be treated?

There is no complete cure for Parkinson’s yet and doctors often prescribe various medications to control the symptoms that are associated with the condition. If the symptoms are still too mild, the doctor may ask for a wait-and-watch approach before prescribing any medication, till the symptoms start affecting daily life.

A positive way to fight the condition is to stay active and connected with friends and family as much as possible. Staying active and maintaining regular contact with others is what helped Muhammad Ali fight depression and also live life till the end, despite what he was suffering from.

Can you prevent the onset of Parkinson’s?

Maintain a healthy and active lifestyle can have a positive effect on delaying the onset of Parkinson’s, as well as living better even if you already have the condition.

Role of physiotherapy in managing Parkinson’s

With the right type of physical therapy exercise, it is possible to control the effects of Parkinson’s disease.

Physiotherapists create a specific plan that will mainly focus on the following two aspects.

Here are some of the main benefits of physical therapy exercises in case of Parkinson’s.

For someone with Parkinson’s, the aim of exercising is to stay physically active, instead of trying to do a lot and stress the body. The therapist will help you choose the type of exercise plan that will best suit you and one that will keep you interested.